Magdelaine Cays are a pristine, untouched wilderness. We soaked it all up during 12 days of sensational exploring.

We arrived early December 2013 and carefully picked our way thru shallow coral heads to a well-protected anchorage about 300m behind a strip of smooth sand. It looked peaceful, but on landing, a short walk to the windward side revealed storms had washed away most of the sand from between the coral rocks. Creating almost impenetrable obstacles for the many nesting Green Turtles who were programmed to enter from southeast shore. Each night a life and death drama unfolded.

Looking SE a lethal field of coral rocks are now a huge obstacle for nesting green turtles. A colony of crested terns in the foreground.

A dozen green turtles had recently become jammed between rocks and died. Some had made it across to the soft sand but were to exhausted to return to the water

The turtle graveyard. Many perish amongst the rocks.

We poured water over this mom to keep her alive while we dragged her back to the front beach–it took three hours, but she survived — my back slowly recovered.

Syl is keeping this near dead mom cool while we dragged her back to the water. Not an easy task.

We particularly liked a location on the western end of the reef. To drift along a wall and watch sharks spiral up out of the blackness 70m below was exhilarating. We must have seen 50+ Grey Whalers on that first dive. Behind the drop-off, there was a labyrinth of coral heads rising from perfect white sand in 10-15m of water. Visibility was 30-40 m. A school of hundreds of Jacks made for the sort of wide angle photography I like 🙂

Anchoring on the wall — the good, the bad and the ugly.

Day one, the conditions were right, and we were hanging out for a wall dive. I was too impatient to mess about! We found a small broken indentation on the top of the coral wall which allowed us the tricky possibility of nosing Flash Dancer over crushed coral and dropping the pick in just a few meters. She would be held off the wall by the breeze and current. “An easy dive along the wall was our prize .”
But after two failed attempts I tired of hearing the complaints from our winch as I retrieved the weight of a 100m of chain and anchor dangling in the abyss, So on the third attempt, there balancing 35m down the wall face our anchor stayed. Not up, not down, not caught and holding, just sitting there contemplating the fish swimming by.
So we launched the dingy, tied it to the reef and enjoyed our dive.
I’m sure our rubber duck was excited about the possibility of rescuing mom as she drifted quietly toward the Willis Islands. But to our pleasant surprise, she hadn’t moved. Never the less on our subsequent dives to that location we found a safe sandy bottom not too far away and took the dingy over to the wall by herself. Much more intelligent.

Not a recommended way to anchor 🙂

Diving the northern maze —  where are we?

I have always admired my first mates diving skills, especially her faultless underwater navigation. When my cylinder gauge shows about 50 bars, like magic the boat or dingy anchor appears, and we are in the correct exit slot. Suits me fine not having to fuss with my compass and trying to remember twists, turns and visual navigation points. Anyhow, that’s all up till NOW. On our last dive, we arose from a maze of coral canyons to find the dingy a tiny spec in the distance — perhaps 400+ m and into a light current. Shit! That was one hell of a swim with my 125cft tank and camera set up. I made it back as my tank emptied. I have changed to a smaller 100cfm tank since then — and started looking at my compass again 🙂

It doesn’t have a protected anchoring location. But the island itself is superb. It’s big and round with quite a  few trees, a tidal gully and plenty of vegetation. in the water there are no obvious good diving spots, but on land, the  Cay is a treat with thousands of marine birds and turtles.

Paper and electronic charts are not accurate for this location.  A row of Bommies and small reef areas foot step across the western side of what appears on the to be an open bay feeding into the North Magdelaine anchorage. There is no wide clear entrance in 20 me of water. Vigilance is required as the sun can reflect off the face of small easterly waves making Bommies less than obvious after 1/2 tide. If one was to be lulled into complacency by an incorrect GPS chart a bruised keel could easily result ..ouch!

The sand cay is about 400 me away from where it appears on my plotter.

Beware — Charts are very inaccurate near North Magdelaine Cay. When near reefs we navigate primarily by sight.

Magdelaine Cays are 265nm east of Cairns. Map compliments of iSailor.  North Magdelaine is an excellent protected anchorage in strong trade winds. On the way out there are well-protected locations to anchor at Flinders, Holmes, and the Heralds. 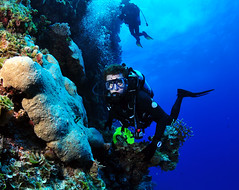 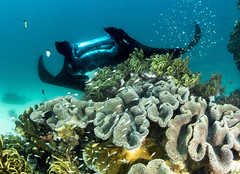 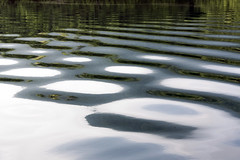 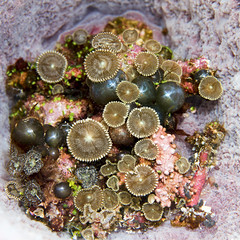 Little things in the sea 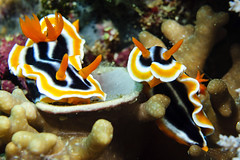 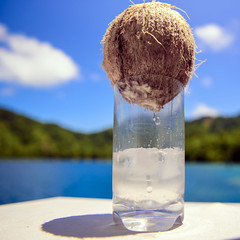 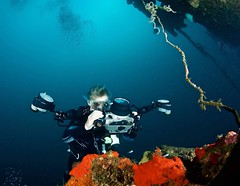 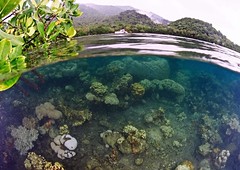 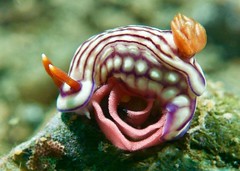 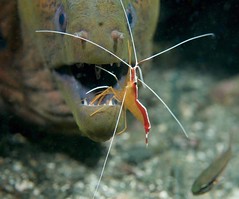 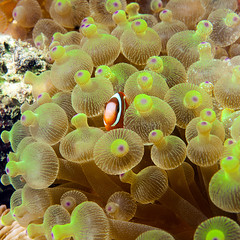 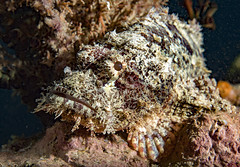 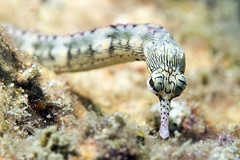 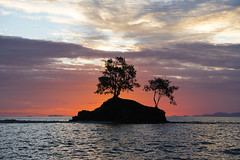 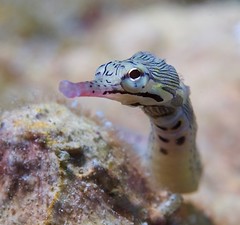 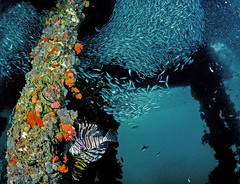 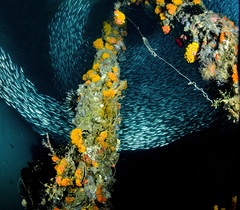 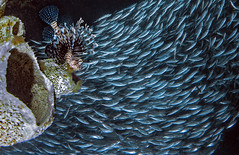